Organigram is one of only two Canadian LPs to make a strategic investment in biosynthesis – a disruptive production technology.

Biosynthesis is the production of molecules using living cells. By incorporating the instructions for producing a specific molecule into the genetic code of a simple host organism—e.g., bacteria, yeast, or algae—these organisms can produce nearly any molecule. The host cells are essentially ‘factories’.

The principal cannabinoids—THC and CBD—make up just ~two to five per cent of the cannabis plant, while minor cannabinoids and terpenes—hundreds of them—comprise less than 0.1 per cent. As such, 95 per cent of the plant generally ends up as waste through current methods for manufacturing, which rely on planting, growing, and harvesting large quantities of cannabis plants and then extracting and purifying their active compounds. The process often yields a complex chemical mixture of variable and inconsistent composition.

Biosynthesis has the potential to create cannabinoids at large scale at a fraction of the cost of traditional cultivation.

Organigram has invested in Hyasynth Biologicals Inc. a Montreal-based biotechnology company and leader in the field of cannabinoid science and biosynthesis. Hyasynth has developed a disruptive technology using proprietary yeast strains and patent-pending enzymes to naturally produce cannabinoids without growing the cannabis plant.

While Organigram believes there will always be a sizeable market for the premium dried flower produced at its facility, working with Hyansynth changes assumptions about scale, speed and precision to produce the highest margin products such as extract-based medical products and a range of adult-use recreational products such as edibles and beverages.

In addition to the investment, Organigram has the right to purchase 25 per cent of the cannabinoid offtake from Hyasynth at a discount to market prices.

The Montreal-based biotech company utilizes unique enzymes and yeast strains to produce major cannabinoids such as tetrahydrocannabinol (THC) and cannabidiol (CBD), which can be used for cannabis-based products like beverages, vaporizable products, topicals and pharmaceutical products.

Organigram has developed a proprietary nano-emulsification technology that is anticipated to provide an initial absorption of the cannabinoids within 10 to 15 minutes.  The emulsification process developed by the Organigram R&D team generates micro-particles that are very small and uniform (size of 20 nanometers), which is expected to translate to an absorption and onset of effect that is believed to be more rapid, reliable and controlled when compared to traditional solid edibles. With certain traditional solid edibles, the body spends significant time breaking down fat soluble cannabinoid particles before they can be absorbed and metabolized in the body; this lengthy process can result in accidental overconsumption and undesirable experiences. 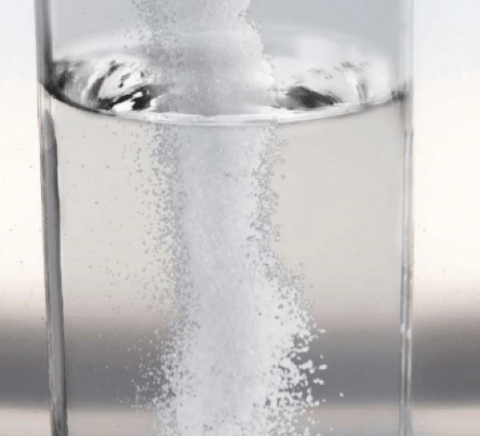 The nano-emulsion technology is anticipated to be stable to temperature variations, mechanical disturbance, salinity, pH, and sweeteners.

The Company’s researchers have also recently developed a way to transform this emulsification system into a solid form, turning it into a dissolvable powder. This shelf-stable, water-compatible and unflavoured cannabinoid nano-emulsion formulation is also expected to begin to be absorbed within 10 to 15 minutes when ingested after added to a liquid.

The powdered formulation will offer consumers a measured dose of cannabinoids which they can then add to liquid, such as a beverage of their choice, while also offering the discretion, portability and shelf life expected of a dried powder formulation.

The research is seeking to:

Client Registered/Renewal Form - Looking to register/renew as a client? This is the form you need.

Medical Document - Must be completed by an authorized health-care practitioner.

Social Service - Please complete if you receive social services from a shelter, hostel or similar institution.

Caregiver Form - Authorize a caregiver to administer medical cannabis on your behalf.

OrganiCare Pricing Program - If you qualify for our OrganiCare pricing program, we offer a 30% discount on all prescription products.